Brendan grew up in Toronto, Canada, and with a father as an entrepreneur, he learned about best business practices and ethics from a very young age.  Being born into a family heavily involved in the automotive industry, he found success selling cars right after college while growing and operating an international company simultaneously.  Brendan’s ambition and people skills were recognized by the owner of a Professional Search Firm who offered him the opportunity to start a career in recruitment. 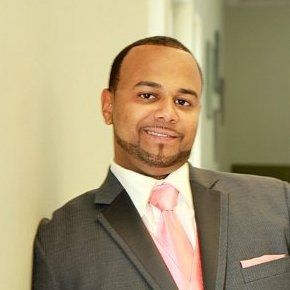 At the age of 22, he was by far the youngest consultant the firm had ever had. Within his first year, Brendan became the company’s highest producing consultant and continued to be for six years straight, winning various awards, growing his own team, and successfully working with various Fortune 500 companies in multiple industry verticals across the Americas.  Brendan shortly realized after joining the firm that many recruiters were often viewed as unethical business people with bad business practices.  He made it his mission to find a way to overcome this negative perception.

Brendan decided to research the fastest-growing companies, exciting industry trends, and organizations that had the best company cultures, so he began talking to the market to see where the mass majority would love to work if they had the opportunity.  He felt that if he could develop recruitment partnerships with these sought out companies, it would hopefully build him a positive reputation by putting people in better places while delivering the best candidates to his clients.  His refreshing approach to business quickly won him many valued and trusted relationships, of which he feels he owes much of his success to today.

With a promising future in recruiting, Brendan set out to build his own Recruitment Firm that would encompass his very own beliefs; treating people respectfully, genuinely caring about people’s careers and businesses, and inspiring others to become true leaders within the recruitment industry.  Precision Career Connex was created to allow candidates and clients alike the opportunity to work with genuine, ethical recruiters that perform their job above and beyond the call of duty, and care about the people they work with so that they no longer feel like human capital, but respected candidates, business partners, and friends.